The latest TM happenings in UK and around the world

Increase our peace-creating efforts in Russia, Ukraine, and Romania

All Meditators are welcome to attend the Transcendental Meditation Residence Course now; those who have attended residential retreats before are encouraged to learn the TM-Sidhi Programme on a 1-month course, starting 16 April; TM-Sidhas are invited to join the World Peace Assembly now

The Ukraine Crisis and the Power of Collective Consciousness: How We Can All Play a Role in Easing Global Tensions and Creating Lasting Peace

At last the Maharishi Peace Palace is open again!

The Easter Residential Retreat will be held from 8th to 24th April, with four bookable start and end dates available to choose from.

Accommodation will be in the luxury rooms of the Vastu Peace Palace. There will be a choice of single, twin, or double rooms, all ensuite. Also a limited number of executive suites are available. Rooms are limited in number, and bookings will be on a first-come, first-served basis.

Listen to the talk Dr Peter Warburton, leader of the Transcendental Meditation organisation in the United Kingdom, gave to the online meditation group on 1 March 2022.

Enjoy group practice with 100s of others online. 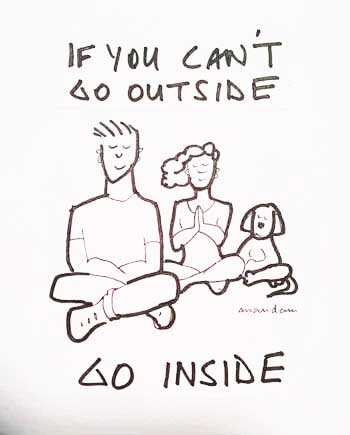 Our practice of Transcendental Meditation has proved more valuable than ever during these extraordinary times. Ironically, the pandemic made it easier for most of us to do our meditation regularly and together online.

You can continue to participate in online group meditation every single day. 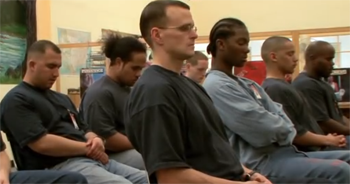 
A review of accomplishments in 2019 around the world 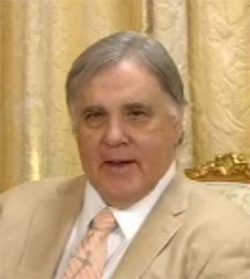 On 29 and 30 December 2019, Dr Bevan Morris, who worked very closely with Maharishi from the beginning of the movement, reviewed the accomplishments of 2019.

Read the highlights of the year Dr Anthony Miles, Fellow of the Royal Society of Arts and long-time teacher of Transcendental Meditation, is establishing the Academy of Arts for Enlightenment to 'fulfil the goals of all artistic expression' through the introduction of Maharishi's technologies for the development of higher consciousness. Find out more 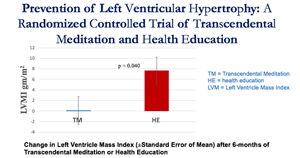 TM by itself was shown to be more effective than conventional exercise-based cardiac rehabilitation. It also greatly enhanced the efficacy of conventional treatment.
Read the whole story

How we can help the world situation 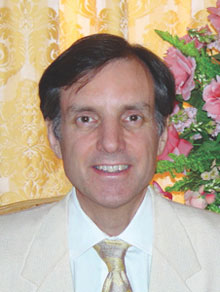 Dr Peter Warburton, Chief Executive of Maharishi Foundation in the UK, circulated the following message:
"From the world news, this is clearly a delicate time of substantial change and turbulence in world consciousness, with negativity bubbling up and major changes of government, including in the UK. This is the time to focus on our special contribution. We use Maharishi's Technology of Consciousness to foster coherence and positivity in collective consciousness. …
"As we mentioned in a message to everyone before the UK referendum on EU membership, whatever the outcome the most important factor is the level of coherence in national consciousness. Creating coherence and positivity is our special and joyful contribution."

What does this mean for us?

One way we can increase the effectiveness of our TM, for ourselves and everyone around us, is to synchronise our practice with others. Below are the set "Super-Radiance Times" here in the UK. Preferred options are in bold.

Meditate - or if you do the TM-Sidhi Programme, start your Yogic Flying technique - at these times to create even greater peace and coherence for yourself, and also in your environment. Meet and meditate with other TM meditators if you can, or visit your TM Centre for group meditation sessions.

How does this work?

See the page "The Maharishi Effect" for a scientific explanation of what Maharishi termed "the field effect of consciousness", related to the Super-Radiance Effect in quantum physics.

Ever felt you needed to chat with other TM meditators, share experiences and get a bit of encouragement for your daily practice? That is exactly what the private Facebook group Enjoy TM uk enables you to do. It has almost 2,000 members and it's not unusual to find people getting support from others who have had similar experiences. Here's one example …

A: "Hi just finished meditating … sometimes it's a little annoying to do and I struggle to fit it in … I'm not really seeing any improvements in myself …"

TM teacher Mark: "Hi Adam … you say you have had some meditation checks recently so let's assume all is good … I would advise you continue for at least a couple of months since it may be that there is a lot of fatigue and/or stress to clear. …"

L: "… It definitely is just taking a while for my stress to shift. My morning meditation at the moment is much less satisfying than my afternoon one, as I find that I often wake up with my head racing with thoughts. This has given me confidence to continue as I have been."

L: "TM can have very subtle but very profound effects. … I also think that when you're releasing a lot of stress is when it can sometimes feel uncomfortable / less effective."

P: "TM has had very subtle effects on me … most people do not experience 'fireworks', but what it does to everyone I think, is make you more 'you'; so people don't notice that you become a different person …"

M: "Totally agree with the cumulative results. I was diagnosed with fibromyalgia and a year after I learnt TM something shifted and I really felt a change … attending TM meetings and eventually a short retreat really enriched."

G: "… we judge everything we do and every experience we have, including TM. It was such a blessing to me when I finally gave up judging my TM practice, and judging things in my life … That was when I could appreciate things even more, and laugh at little things and problem-solve more effectively, and I only … gave up the judging by doing TM twice a day."

Come and join us if you haven't already! If your Facebook is not your real name, drop us a line so we can recognise you and welcome you to the group.

"For me, the course is a wonderful experience to dive within once a year and remember how beautiful life can be. Meeting these amazing young people, who share this love for TM and higher things, is truly excellent and inspiring! It's the highlight of my year!" - Julia Stibane, Germany

Course leaders were Raja Peter and James Scott (in the ties above), and there was the option of a 4- or 7-day extension for Raja Peter's special course on Maharishi's Total Knowledge & Religious Codes.

"We rested a lot, laughed a lot, talked a lot and learned a lot. I feel I'm leaving the course much richer in a lot of ways, with 40 new friends and a lot to think about. Thank you!" - David Fišer, Czech Republic

This year's Young Meditators' Course will be announced  in due course. 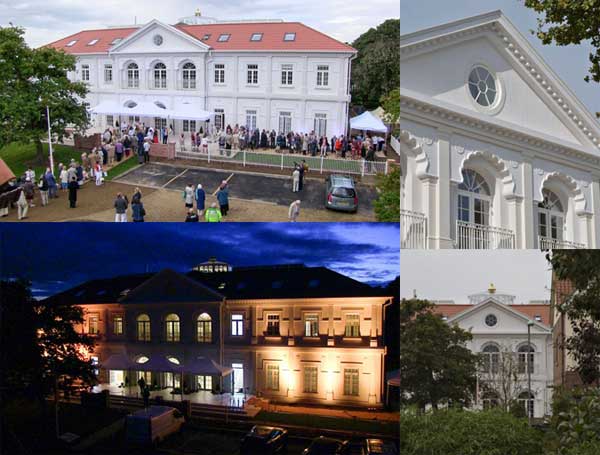 Here in the UK, we now have a glorious, purpose-built, new course facility in Suffolk - the "Maharishi Peace Palace". It the first of its kind anywhere, built in precise accord with architectural principles from the same origins as Transcendental Meditation, and also revived by Maharishi - Vedic Architecture or "Vastu".

With 35 en-suite rooms, four suites, and facilities for over 100 people to meet, dine, meditate and perform the TM-Sidhi Programme together, the Peace Palace is the culmination of more than ten years of fundraising among the TM community, detailed preparation by a crack team of meditating architects, hoteliers and financiers, and sixteen months of intensive construction.

The Peace Palace was the brain child of Maharishi who wanted such facilities in every major city of the world in order to radiate a profound influence of peace and order to their societies and the world. 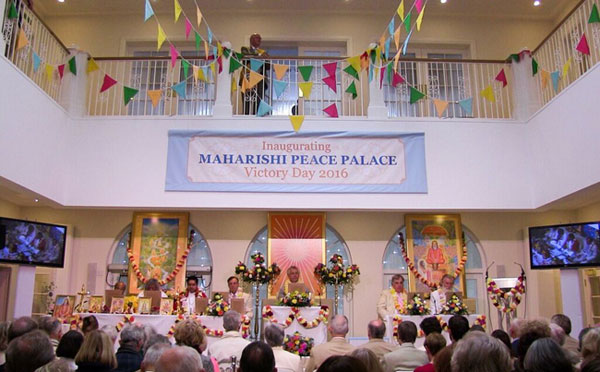 The Maharishi Peace Palace in Suffolk was officially opened on 11 October 2016 with a grand event including the traditional Vedic ceremony for enlivening the total intelligence of Nature in a new building. Describing the purpose of this ceremony, Dr Peter Warburton, Chief Executive of Maharishi Foundation UK, said that the ceremony had breathed intelligence into the physical structure of the building. This would ensure it could function as a perfect vehicle for bringing the knowledge of enlightenment to everyone who attends courses there. It will also, he said, create an influence of coherence and positivity in national consciousness.

The celebration was presided over by the head of Maharishi's international organisation, Dr Tony Nader MD PhD, who was given the title "Maharaja" by Maharishi to denote a leader who governs by virtue of his higher consciousness and attunement with Natural Law. Many other international dignitaries from the TM organisation also attended and participated.

In his inaugural address, Dr Nader reminded the 200 guests that "Transcendental Meditation brings us back to our true nature, wholeness, so that we do not become overshadowed by the surface values of material life." In his ground-breaking research on neurophysiology and the Veda, Dr Nader describes how all matter, including the human body, is in its essence pure intelligence, or pure consciousness. This Peace Palace too, he said, is a material structure completely embodying the fullest value of consciousness. The orientation of a building in relation to the rotation of the Earth, its symmetry, exact proportions, the placement of its various rooms within it, the presence of natural light from all four cardinal directions and from above - among many other factors - are held to optimise the influence the building has upon its inhabitants. Vastu buildings help us transcend, rise to higher consciousness, be maximally creative and healthy, and automatically bring peace and prosperity to their environment.

On the material level, the quality of finishings and ornamentation, the magnificent facade and the comfort of the furnishings will make this facility a complete joy to visit for a weekend retreat or longer course. Do make it a priority to pay it a visit soon! The latest update from the "Maharishi Tower of Invincibility" team was released this week - with a video preview of the unique Planetarium.


Maharishi Towers of Invincibility are buildings that will display for perpetuity the world's most universal, timeless, and practical Vedic wisdom as revived and formulated by Maharishi, founder of Transcendental Meditation. In these Towers, we will be able to learn in a fun and interactive way about the laws that govern the universe and how to apply them easily in our daily lives. The first such Tower is to be constructed at Maharishi's international headquarters at MERU, The Netherlands. Each of the 12 storeys of the Towers will feature one aspect of this supreme wisdom of life, such as …

Tying the whole magnificent Tower together under the theme "The Individual Is Cosmic", the Planetarium on the top floor will take us on a journey through the universe that reveals how all knowledge is contained within our own Self.

Dr Tony Nader, an MIT and Harvard trained medical doctor, neuroscientist and one of the world's great Vedic scholars trained by Maharishi Mahesh Yogi, has spoken in recent weeks on Facebook about the pandemic and Transcendental Meditation. Facebook page: DrTonyNader