Improving well-being and quality of life not only for the individual, but for the whole society

How a small percentage of the population can change the world

Named after Maharishi Mahesh Yogi who predicted the effect in the 1960s, the Maharishi Effect refers to the rise of coherence in the collective consciousness of any community or society, as a result of one percent of that population practising Transcendental Meditation. Also referred to as Super-Radiance after the coherence phenomenon in quantum physics, the Maharishi Effect can be measured by sociological indicators such as decreased crime, and reduced rates of suicide and emergency hospital admission.

The Maharishi Effect was first validated by scientists in 1974 when it was discovered that the crime rate had, exceptionally, decreased in the 12 towns in the USA where 1% of the population had learned Transcendental Meditation.

This effect was found to be more pronounced with the introduction of the advanced TM-Sidhi Programme in the late 70s. since then it has repeatedly been found that even the square root of 1% of a community practising the TM-Sidhi Programme in a group creates measurable reductions in societal stress.1

How it works: the "field effect"

Progress in theoretical physics during the past quarter century has led to a progressively more unified understanding of the laws of nature, culminating in the recent discovery of unified field theories based on the superstring. These theories locate a single, universal field at the basis of all forms and phenomena in the universe.

According to quantum physicist John Hagelin, "What we've discovered at the foundation of the universe is a universal field where all the forces and particles of nature are united as one. They are ripples on a single ocean of existence."

If the unified field is at the core of everything - even at the core of our bodies - is it also hidden deep within the mind? "Yes", says Dr Hagelin, "our minds profoundly mirror the hierarchical structure of nature. We can dive within to deeper levels of mind, accessing more powerful levels of thought and ultimately the unified field itself - the most powerful, limitless, universal level of our own consciousness."

When we touch upon this underlying, universal field of harmony during our TM practice, we enliven it. Because it is a non-localised field - existing evenly everywhere - it then gets enlivened not only within us but also within our surroundings.

"In the summer of 1993, this approach reduced crime by 26 percent in Washington, DC," explains Dr Hagelin. "An earlier study on the Lebanon war showed profound reductions in open warfare. These results have been confirmed repeatedly."

Neuroscience shows that the brain becomes highly coherent during TM.2 "The orderliness of brain functioning in the individual spills over into society. Since the unified field is an all-pervading field at the basis of consciousness and matter, when unity is enlivened in the individual, unity is enlivened everywhere. This is a field effect of consciousness."

Knowing that we are profoundly interconnected on the deepest level of nature's functioning makes it easy to understand TM's silent, transformative influence on collective consciousness. Certainly improvements can always be made in every area of life - education, economics, health care, etc, but for any programme to be successful there must be positivity and coherence in the social fabric. The TM and TM-Sidhi Programme is a means for each of us to make a powerful, personal contribution to the collective peace and progress, strengthening life the level that's most powerful - deep within.

By practising TM, you're contributing to world peace

While everyone practices Transcendental Meditation for their own personal benefit, it's satisfying to know that you're also contributing to rising positivity in your family, community and society.

If you have not done so already, you may like to visit our communities in Lancashire, in Suffolk  — where there are a Vedic Architectural residential estate and course facility  —  or at Maharishi Vedic City, USA to get a taste of what it's like to be part of a larger community of TM meditators.

The Maharishi Effect in Britain In the United Kingdom, we have two major coherence-creating communities, the Maharishi European Sidhaland in Lancashire, and the Maharishi Peace Palace in Suffolk, which is purpose-built to create a powerful effect of peace throughout this country.

One can participate in these projects simply by practising Transcendental Meditation and attending weekend retreats at one of these facilities. For those practising the TM-Sidhi Programme, Maharishi's most advanced residential programme - the Invincibility Assemblies - are available at both venues.

In addition to these communities, TM Centres around the country offer group practice of Transcendental Meditation and the TM-Sidhi Programme, one Sunday every month. Ask your local Centre for details.

Even meditating at home, you can enjoy creating a greater wave of coherence in the collective consciousness by synchronising your meditation, or Yogic Flying, with the national "Coherence Times" - 7:15 or 8am and 6 or 7pm. 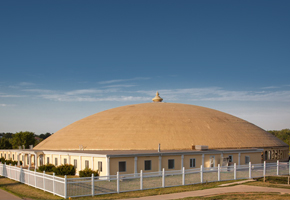 In a quiet, yet progressive little town in America's heartland, every morning and evening - seven days a week - 1,000 volunteers from 50 countries and all races and religions come together for group practice of the Transcendental Meditation and TM-Sidhi Programme.

Their endeavour, called the "Invincible America Assembly," is based on the ancient yogic tradition of maintaining large group meditations to neutralise negative societal trends. Scientific research projects have demonstrated that large groups of people practising the TM and TM-Sidhi Programmes reduce crime and violence and improve quality of life throughout the population.

The Global Peace Initiative is a "brain-based" approach that restores more balanced neurological functioning to individual and society, and implements the "Maharishi Effect" on a regional, national and worldwide scale. 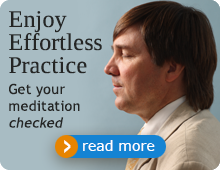